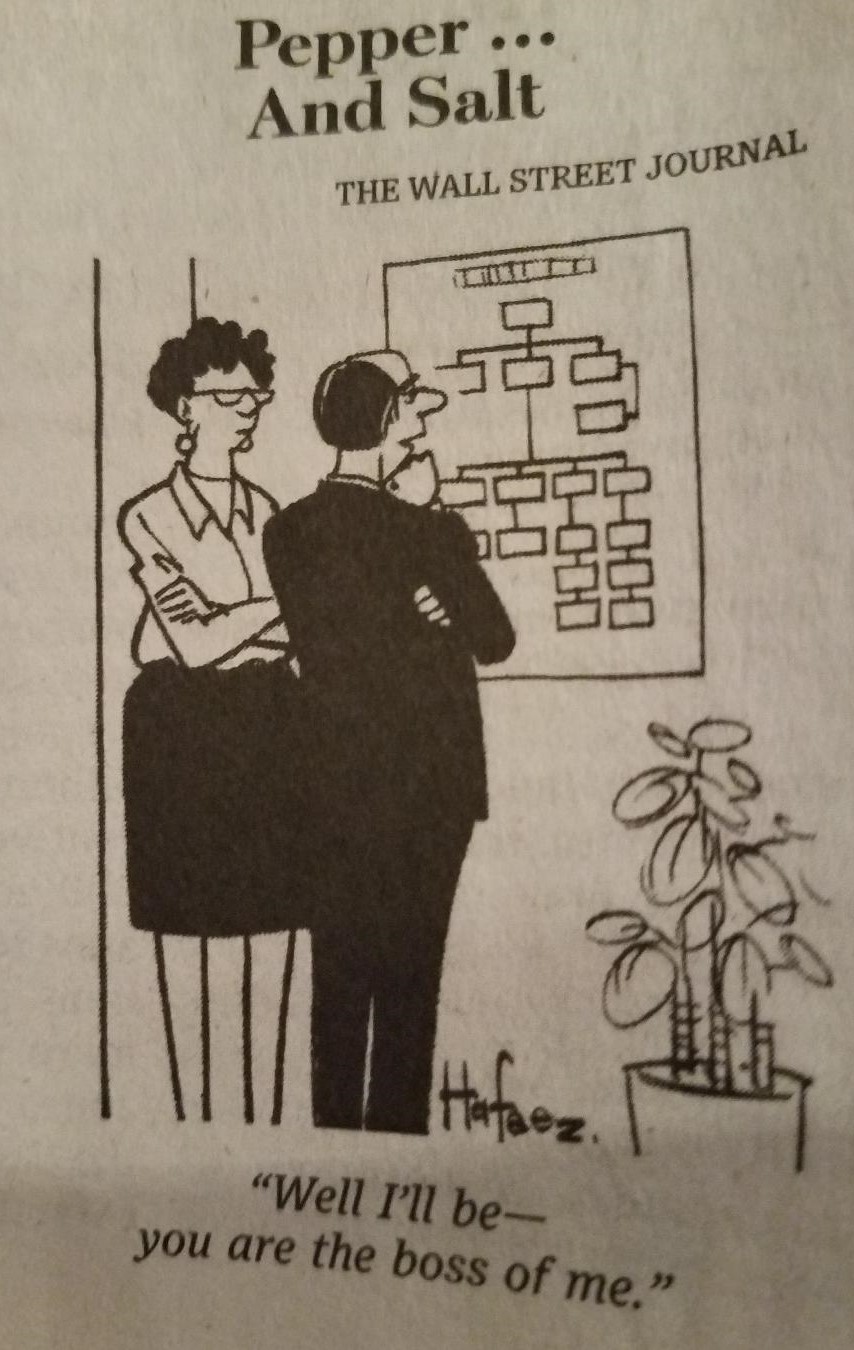 Most of us have read at least one of Peter Drucker’s more than 35 books. If you haven’t, you should know that Drucker’s writings are considered landmarks of the managerial profession. A long-time professor at Claremont Graduate University, he is credited with defining management as a distinct profession, and coining the term “gold-collar” and “knowledge workers.”

One of his most popular books, The Effective Executive, was published in 2004. Reading it now, almost two decades later, it’s easy to see why so many of Drucker’s insights have had such an enormous impact on the shaping of the modern corporation.

As an Agilist, I was gratified to see that the core principles of an strong, well-functioning Agile practice are the same disciplines Drucker outlines in the Effective Executive. If you and your organization are looking to become more Agile, here are two key take-aways from Drucker’s, The Effective Executive.

When I meet with clients who are dealing with failed projects, high turn-over, missed deadlines, spotty delivery, and assorted other maladies, my first question is this: How does the team track it’s time? The answer always is: They don’t.

My next question is: Do YOU track your time? The answer: I’m an “executive.” (In other words: No.) This is generally followed by an agitated, if not terse, lecture about why they are too busy to track time, or how time is not why their projects are over budget and behind schedule, and then I’m dismissed with: “Everyone is working hard…”

Consider the above, only now replace the word time with money. Were I to ask any executive or portfolio manager, “How do you track your money?” I would be treated to a barrage of spreadsheets, dashboards, and death by PowerPoint. I certainly would not hear, “We’re too busy to track money….”

Time IS money! If you don’t track it, you’ll never have any control over it.

Sure, people show up. People work hard, okay. But if you’re telling me that your Corkscrew Upgrade Project is your #1 priority, and I see that only 40% of your team is allocated to that project (and 60% of that team’s time is spent on website enhancements), then the Corkscrew Upgrade Project is NOT your #1 priority. (That’s assuming you actually have priorities because if you have more than three, you have none.)

People who sell time – attorneys, consultants, physicians – have a keen understanding the value of their time. They understand billable hours, and “The Thousand-Dollar Meeting.” Unfortunately, this intuitive understanding of time is not reflected in many of the steady-paycheck-white-collar Americans I’ve encountered. It’s even worse in the executive ranks, many of whom see time their subordinates’ time as endless (and free).

Executives are salaried; and, for the most part, they come and go as they please. I have yet to meet a single one didn’t think s/he worked hard, but I’ve never met a single one who tracked his/her time with any accuracy. Truly a missed opportunity.

If no one – including you – is tracking company paid time against tasks or goals, then you truly have no idea where time is spent until it’s gone. You don’t know the real duration of anything (there’s no roadmap for future efforts), nor do you have any data to determine whether or not the time expended in these activities was a good value compared with other tasks.

Tracking time is not about punching in and out. I’m not questioning your work ethic, I’m questioning the value of the work produced. Those are two different things.

Tracking time allows you to see exactly how projects are advanced (or hindered) by activities. It’s about metrics, priorities, difficult choices, saying no. By tracking time, you will learn exactly how much of your time, AND your team’s time is consumed in churn, or consumed producing low-value work. Keep in mind, low-value work is not the same as poor quality! A perfect widget only has value if someone wants to buy it!

The inability to assess the value of activities as it relates to time expended is why projects fail and, frankly, why people fail.

Tracking time and tasks is not difficult. It requires a little discipline, but it is one of the easier things to fix. In some organizations, though, this is akin to stepping on a scale. You know you’re overweight and not running a healthy show, but you’re just too afraid to see the actual number! What happens when people start tracking tasks and time? Just like your money (or your food!) you realize that you’re spending a lot of it on things that bring no joy and offer little long-term value.

What am I Contributing?

The mindset of an Agile executive is the humble acceptance that the higher-up the food chain you are, the more removed you are from the actual work, and the less likely it is that you are effectively contributing to the success of effort. You might have a bigger title, make more money, or sit in an office with a big window, that doesn’t make you valuable to the project.

Executives need to ask themselves: What, exactly, am I contributing? Does this team need my expertise to direct their work? Is my participation improving output? If so, how am I measuring that improvement? How much time is this taking from my other priorities? What, exactly, is my role? Role is not the same as title.

Effective Agile Executives don’t just report up to their managers, they are also responsible for owning the relationships with their peers, and even more importantly they need to meet their “downward” obligations to their teams. Scaled Agile Executives insure alignment, negotiate with peers and stakeholders, communicate strategy. They don’t dictate the manner and methods by which the work is completed.

Drucker and Agile agree: Executives accustomed to hierarchy who now support Agile teams must resist the temptation to pull rank, second guess the Team. If your organization is making an Agile transformation, understand that if you want to be an effective executive, you must change your work habits and your leadership approach.

How to Become an Effective Agile Executive

The first step toward becoming an effective Agile executive is understanding that hierarchy – as an organizational model – is a relic of the industrial age, and it is poorly suited to managing knowledge workers and knowledge projects.

Traditionally, to be a “boss” implied that you were an excellent individual contributor. Being made “boss” was a reward for your hard work. The thought behind this structure of hierarchy was that the boss, as an all-star worker – would impart his wisdom and best practices to others. The result of his supervision and management would be subordinates who produce the same excellent results as the boss did.

In theory, this sounds perfectly reasonable, but in practice, we all know, it is a failed model. While being a good individual contributor offers some advantages when you’re the boss, now, it is commonly accepted that management – in itself – is a profession that requires special skills and aptitudes.

This boss-helper model is the foundation for factory management where work is repetitive and “neck down.” In knowledge industries, such as tech, this model is just not scalable. Why, because these industries are dependent upon high-skilled, highly-specialized “gold-collar workers.” Moreover, The Standish Group in Boston annual report shows, through data analysis, that traditional top-down management actually has a negative impact on an organization’s ability to deliver consistent value in cognitive and creative work like, IT, marketing, and sales.

Unfortunately, despite the overwhelming evidence of its lethargic ineffectiveness, top-down leadership is still practiced and greatly loved – by those at the top. Decisions are made, late or ad hoc, good or bad, thoughtful or capricious, and everyone jumps. It’s awesome. Having people do what you say, when you say it, without argument or push-back is kind of sweet. As time goes on, hierarchical organizations develop cultures that value compliance, over disruption. Inevitably, they become stale, risk adverse, old. No one ever gets fired for the bold decision that they never made.

Drucker correctly predicted that “Gold Collar” knowledge workers would ultimately elevate the role of labor and demolish hierarchy in future organizations, and it looks like he was right on trend. In 2020, Gartner predicted that AI would replace as much as 70% of a traditional manager’s workload. This shift will change the executive’s role to that of coach, not commander.

The relationships and mindset essential for a strong, successful, progressive, and high-performing Agile organization are the the exact same qualities Drucker encourages in The Effective Executive,

Executives are not paid to tell people what to do. They are paid to ensure that the right things are done, and that the money and the time expended return a value to the organization. The best way to support a meaningful value stream in a modern organization is to move from top-down boss-helper to bottom-up team-roles where the effective executive functions as a coach and advocate, not as a boss and commander.

For a more nuanced view on change in mature organization, view this outstanding Ted Talk from Martin Danoesatro, What are you willing to give up to change the way we work? (15 min)

Turn the Ship Around, a video of one of L. David Marquet’s outstanding Talks at Google. In this session Capt. Marquet discusses common myths of leadership and how to become a more effective “flat org” leader in a large organization. (45 min)

Copyright 2021 Pierce/Wharton Research, LLC. All rights reserved. No part of this post shall be reproduced without permission.